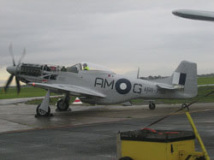 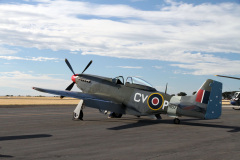 This is a rare Australian produced Mustang manufactured after World War 2 and kept in pristine condition by the Australian Airforce. The CAC-18 is the Australian designation for the P51 Mustang.

This craft performs at peak condition just as a brand new aircraft built during the war would sound.

Startup, Idle, Taxi, Pre-flight, Takeoff, In-flight, Landing and Shutdown states are all included. There are also a range of flyover and manoeuvre sounds. There are also a selection of sound captured on the ground while the aircraft was being tuned.